My little boy went blue and nearly died of common childhood illness – all parents need to know the signs #boy #blue #died #common #childhood #illness #parents #signs Welcome to TmZ Blog, here is the new story we have for you today:

KIDS are prone to getting colds and coughs and its usually nothing to worry about.

So when little Grayson started to have a chesty cough, mum Carrie-Anne, 40, initially thought nothing of it. 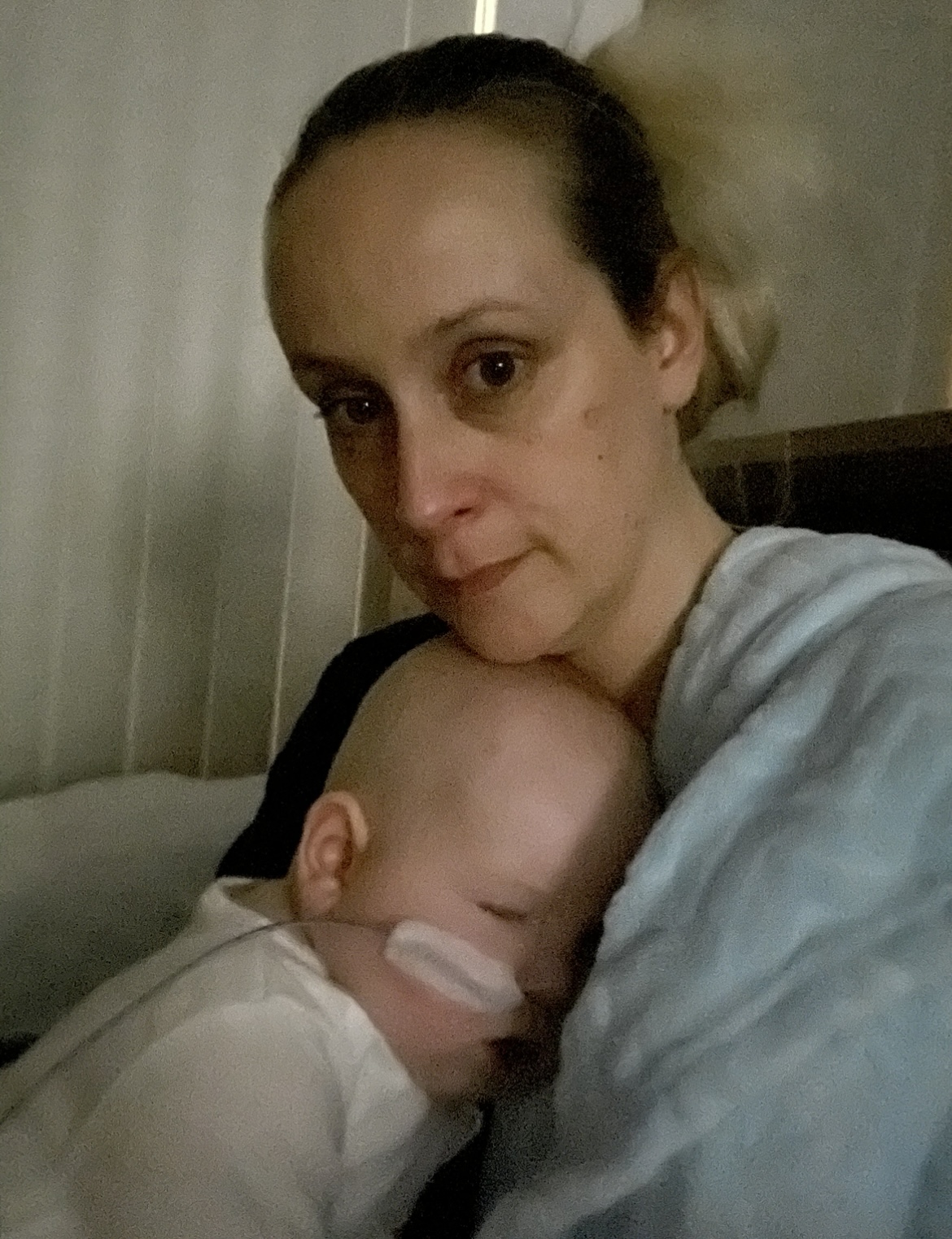 When little Grayson first got a cold, mum Carrie-Anne thought it was just that 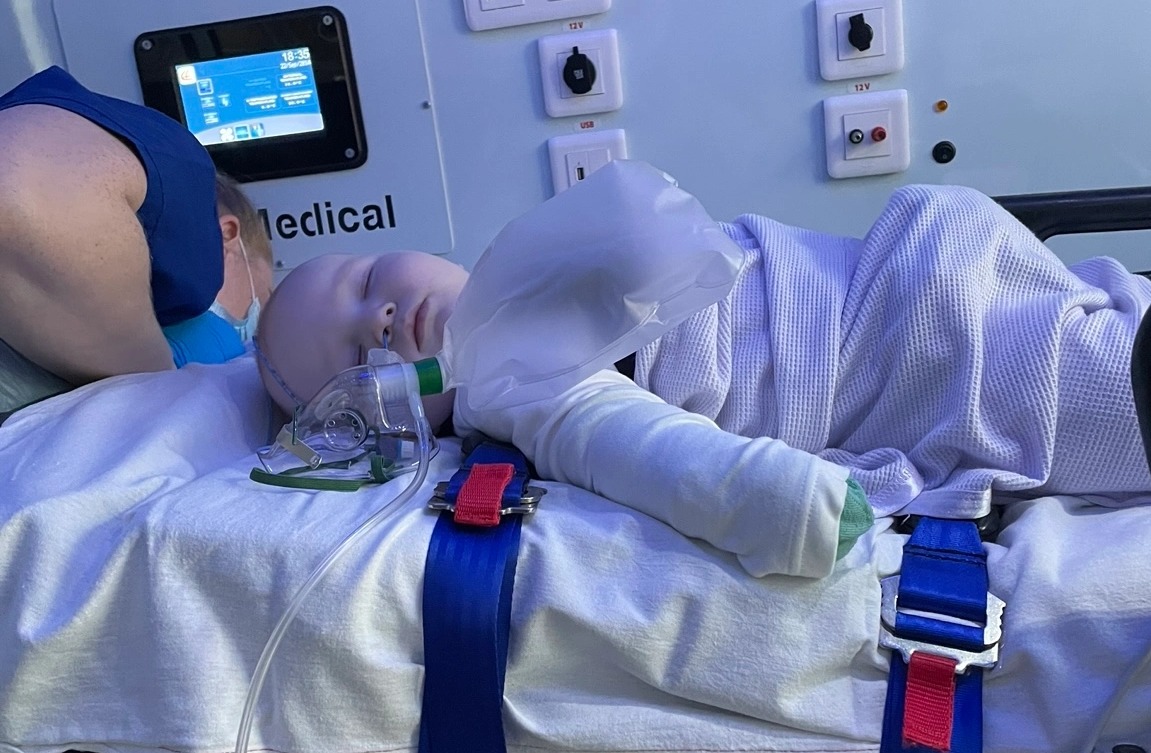 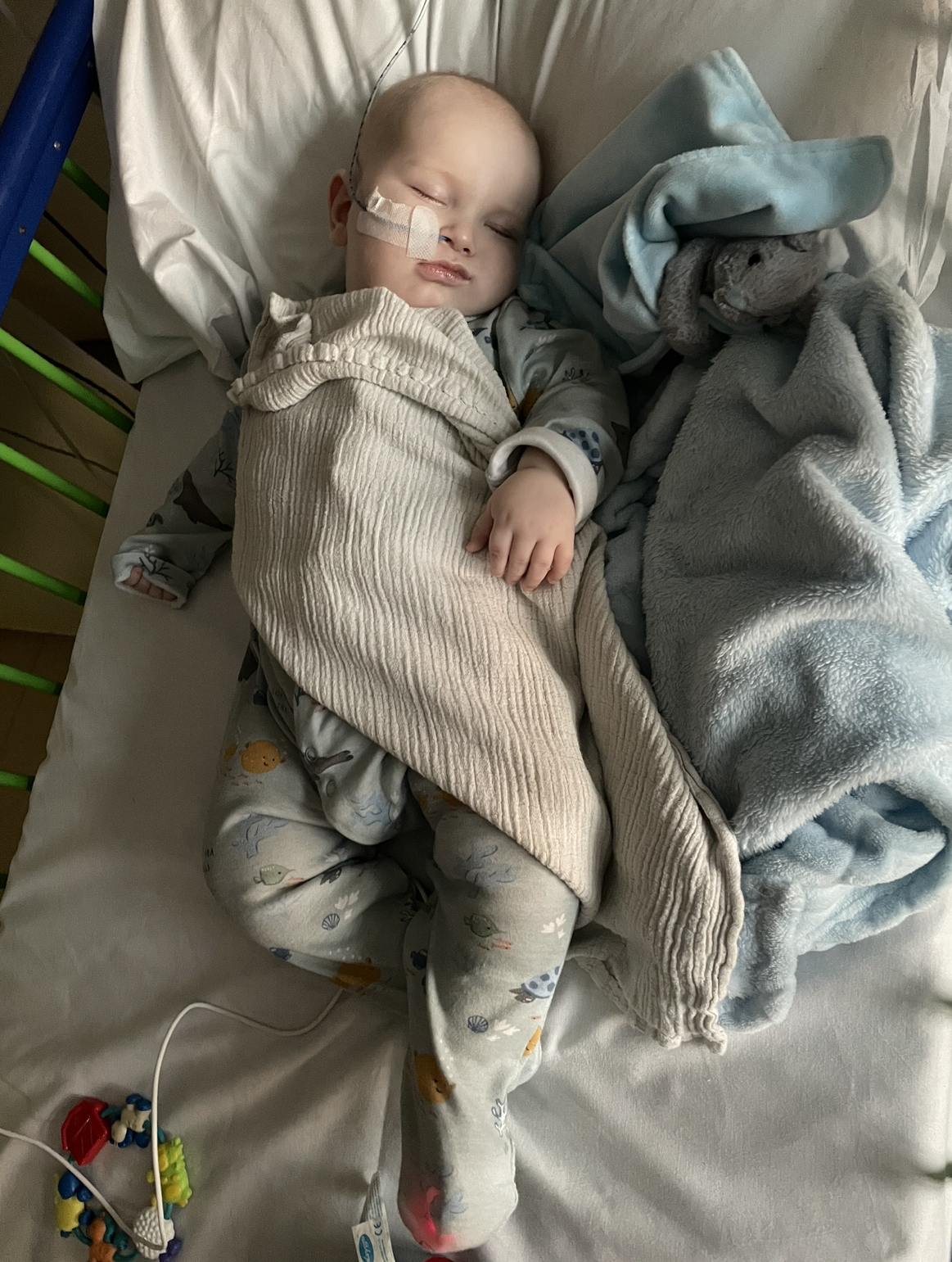 But it continued to get worse and within 48 hours, Grayson, who was just six-months-old at the time, stopped being able to breathe and was getting out of breath.

Grayson turned blue and mum Carrie-Anne and dad Scott, 42, were rushed to hospital where she was told he had respiratory syncytial (sin-SISH-uhl) virus, which the mum had never heard of.

RSV is a very common virus and almost all children are infected with it by the time they are two years old.

In older children and adults, RSV symptoms include a cough, cold, runny nose and fever.

Carrie-Anne is working with Sanofi on their Together Against RSV campaign.

Data from a parent survey from the campaign shows that RSV-related illnesses in infants have a significant and detrimental impact on the mental health of parents/caregivers.

Carrie-Anne is now telling her story in order to warn other parents to be on the lookout for the key signs and symptoms after her son nearly died of the common illness.

When little Graysons condition developed, the mum-of-two had been unable to sleep.

Speaking to The Sun, Carrie-Anne, who lives in Northumberland, said: He was getting out of breath.

It was just exhausting for me, he was starving all the time as he was struggling to feed and breathe at the same time, he wasnt sleeping and I would have to hold him upright so he could breathe easier.

It was late November 2021 and all that was running through my head was the coronavirus outbreak.

I called the GP who said he might have a chest infection but said I had to call 111.

On the phone to the 111 operators, Carrie-Anne said she was being asked questions she didnt have the answers to or understand.

They asked me if he was sucking his stomach in while he was breathing and I didnt know what they meant.

It was then Carrie-Anne was told she had to take her little one to hospital as soon as possible.

You know your baby, you know them better than anyone else, if you think there is something wrong, then take them down to A&E

So the mum grabbed a changing bag and started the 15 minute drive.

When they arrived at the Northumbria Specialist Emergency Care Hospital (NSECH) hospital, a team of people was waiting for them to arrive and took the pair straight through to a treatment room.

It was only then that Carrie-Anne said she noticed how blue little Grayson looked.

She added: He was really lethargic at that point and from there it just started to go downhill rapidly.

He was taken into a room and I had no indication of what was going on.

They were lovely and caring but they were slow to share what was happening.

Grayson was given blood tests and taken into a holding ward at the Royal Victoria Hospital in Newcastle, but Carrie-Anne says it wasnt until he was transferred onto the main ward that someone handed her a leaflet on RSV.

What is respiratory syncytial virus?

Respiratory syncytial virus (RSV) is a common, and very contagious, virus that infects the respiratory tract of most children before their second birthday.

For most babies and young children, the infection causes nothing more than acold.

But for a small percentage, infection withRSV can lead to serious problems such as bronchiolitis, which is inflammationof the small airways of thelungs, orpneumonia, which can become life-threatening.

Call yourbaby’s doctor if you notice any of the following symptoms:

If yourbabyis verytired, breathes rapidly, or has a blue tint to the lips orfingernails, get medical attention immediately.

At this point, Carrie-Anne had lots of questions and concerns. She didnt know what the illness was or if it would have any long-term impacts.

Because she didnt understand the illness, she was worried about long-term chest and breathing issues as well as a possible relapse.

After a few days of Grayson being extremely unwell, Carrie-Anne said it got to day five and her little boy was still poorly.

I wasnt seeing an improvement and he was just getting worse.

Grayson was put on oxygen and had to have a feeding tube inserted as he wasnt taking food orally.

In total Carrie-Anne and Grayson spent nine days in hospital battling the bug.

The family are now at home, but Carrie-Anne said it took Grayson around three months to fully recover.

She says he had become clingy with her as they had been together 24/7 for such a long time.

After her ordeal, she wants to raise awareness of RSV and warn parents of the dangers of the little-known illness.

You know your baby, you know them better than anyone else, if you think there is something wrong, then take them down to A&E.

Instead of trying to persevere and see a GP – that often wastes time – just call 111 straight away.

Little Grayson is now one and thriving.

He is amazing now and loves nothing more than playing football or watching Baby Sharks tv show, Carrie-Anne added.

But Carrie-Anne has suffered with anxiety since he contracted RSV and is increasingly worried about who they mix with.

Carrie is not alone, and the data from Sanofi shows that 31 per cent of parents felt isolated and nearly all (95 per cent) felt stressed.

The majority of parents surveyed were also impacted in their ability to work (80 per cent) or perform day-to-day activities (88 per cent).

She added: He doesnt go to nursery, I work four days a week and he will be with my parents.

Im still cautious at work and wear a mask everyday.

Carrie-Anne warned that even if you are aware of RSV, your little one doesnt need to check off every symptom before taking them to get checked.

There are quite a few symptoms, like runny nose, decrease in appetite and cough. But your little one doesnt need to have every single one.

Even if its one or two, take them to the GP. 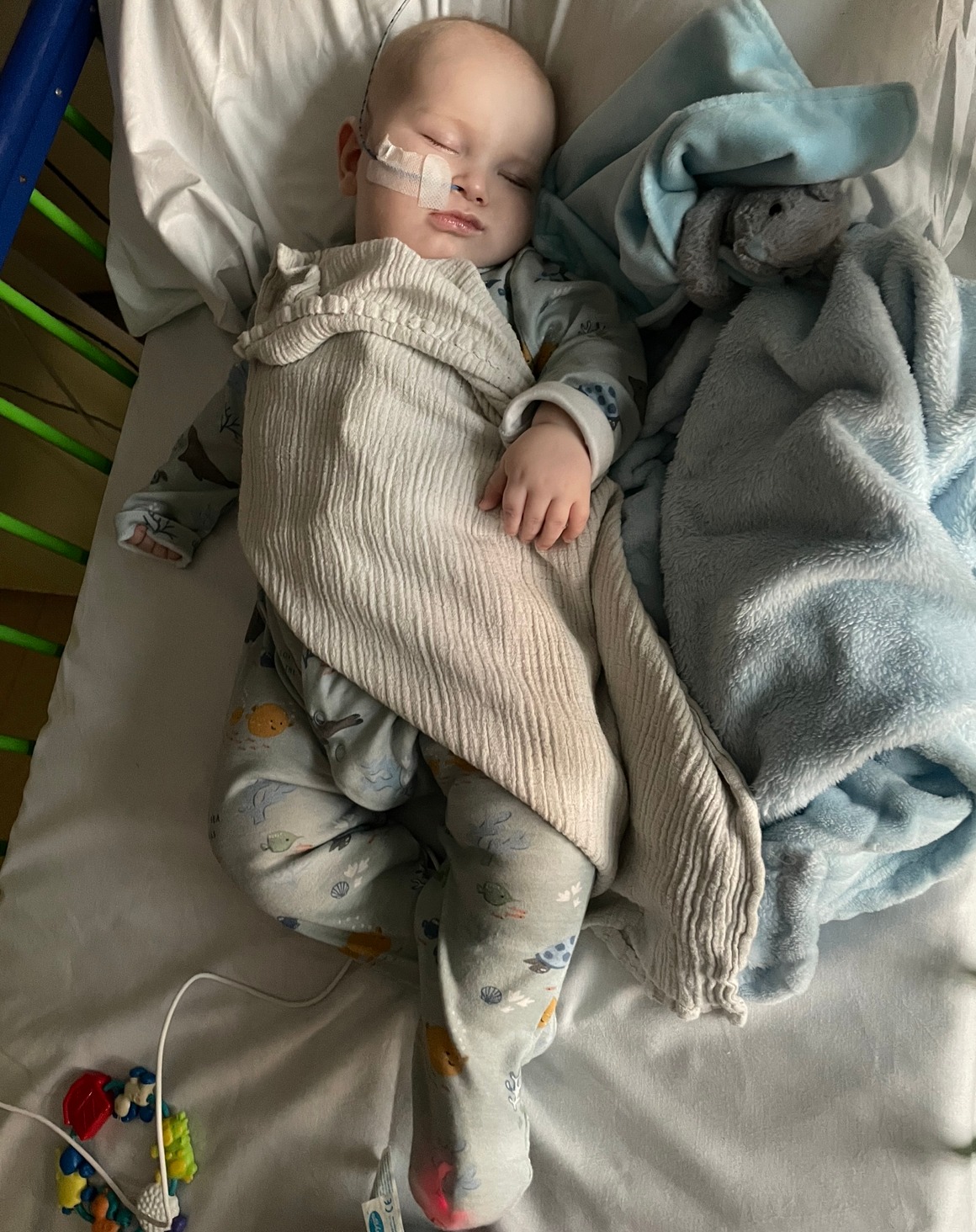 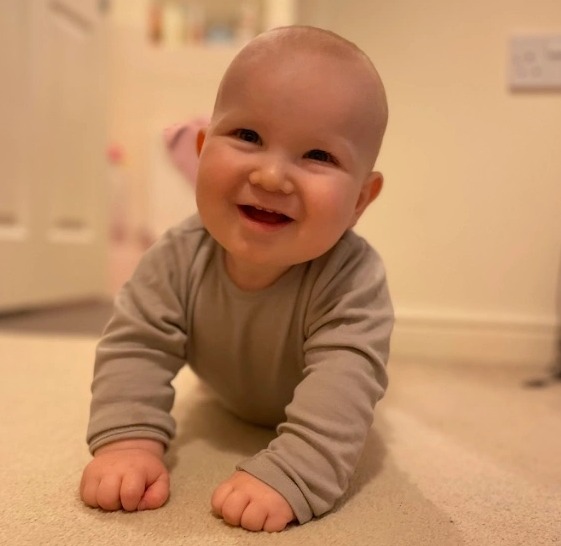 Grayson is now doing well but Carrie-Anne is still cautious