MARTIN ODEGAARD has revealed Erling Haaland LAUGHED when the Arsenal ace tried to convince him to join the club.

Gunners fans were sent into meltdown earlier this year when a picture emerged of a young Haaland wearing an Arsenal kit. 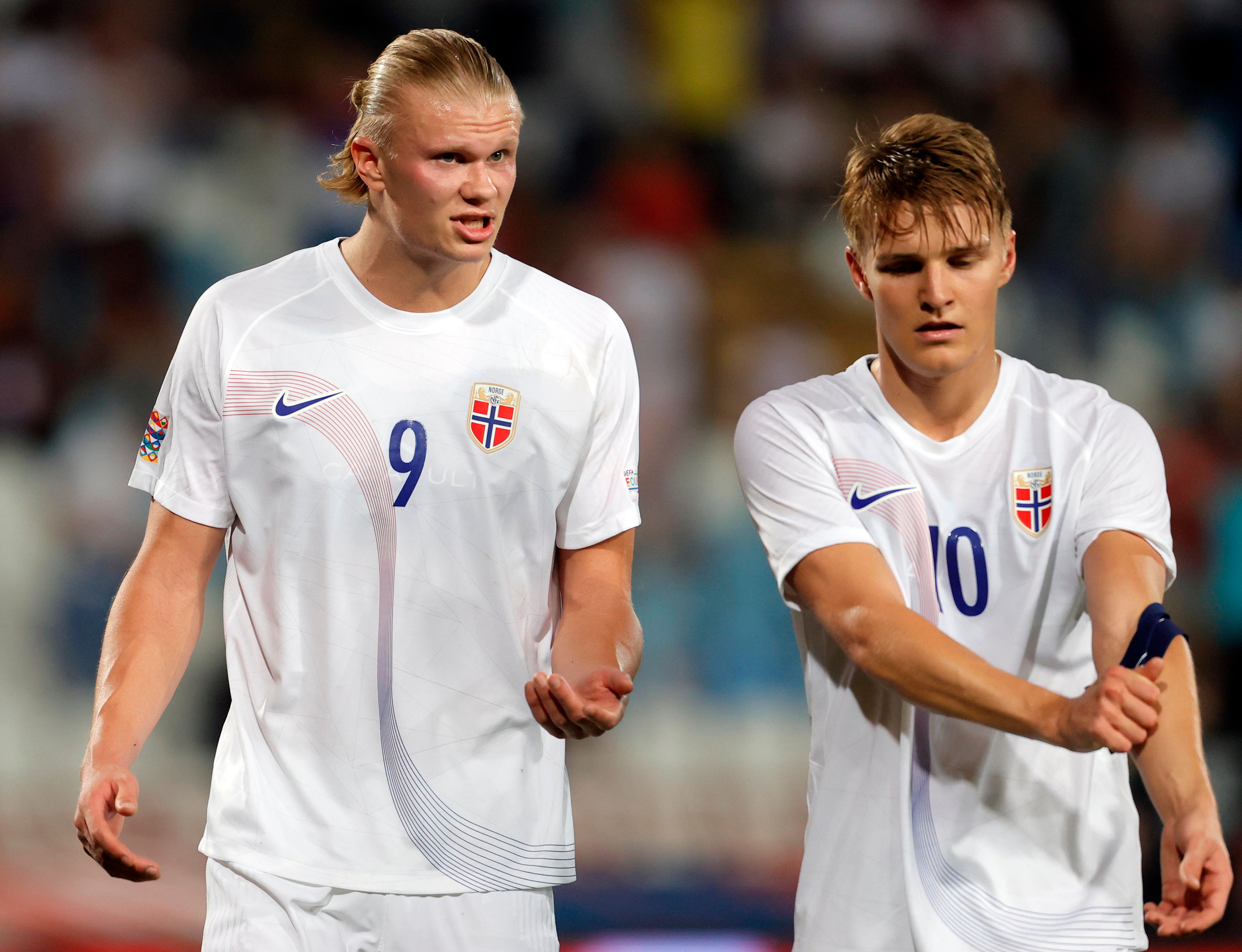 Martin Odegaard has admitted he tried to get Norway pal Erling Haaland to join ArsenalCredit: Getty 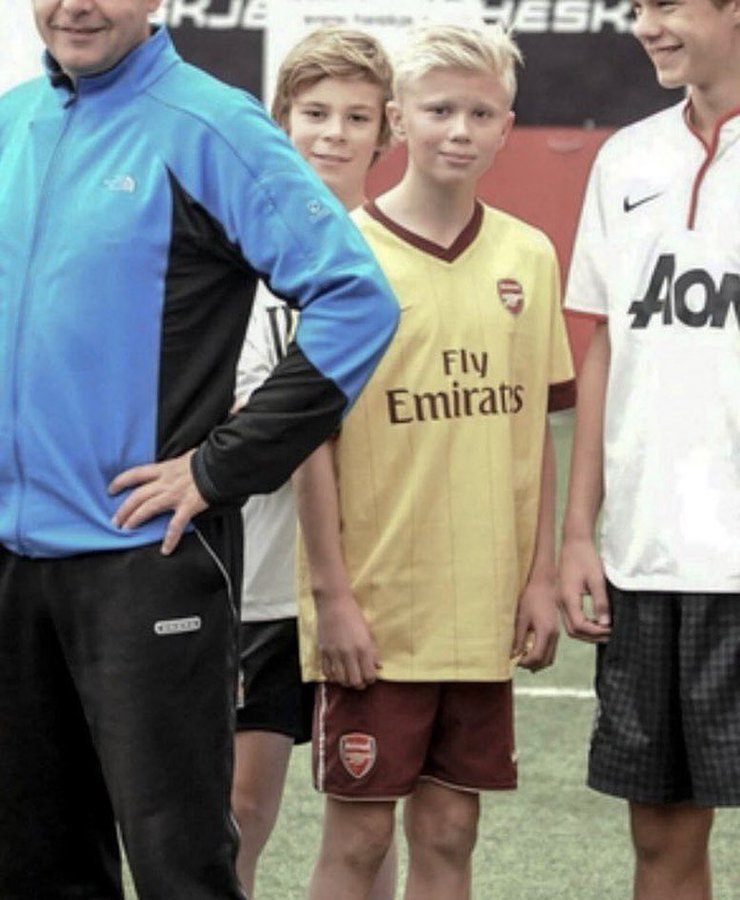 Earlier this year a picture emerged of a young Haaland wearing an Arsenal kitCredit: Twitter / @chriswheatley_

In the end Haaland joined Manchester City in a 51million deal from Borussia Dortmund – but not without his Norway team-mate trying to influence his decision.

Arsenal skipper Odegaard has admitted he tried to persuade Haaland to join him in North London.

The playmaker revealed he speaks to Haaland every day, and is predicting the 22-year-old to be a hit for City this season.

Odegaard toldFourFourTwo: “We speak every day, we have a group on Snapchat with some of the guys in the national team. Hes a great guy, great player.

“Unfortunately for us, hell be a great player for them and score some goals! I wish him all the best except for when we play them.

Speaking about trying to lure Haaland to the Etihad, Odegaard said: “Yeah, I tried!

“When Arsenal fans were posting pictures of him and me in the shirt, I sent it to him, you know? I was working but unfortunately, it wasnt enough!

The Gunners didn’t miss Haaland on Friday night when they kicked off their Premier League campaign in perfect style with a 2-0 win at Selhurst Park.

Mikel Arteta’s side looked impressive as they negotiated a tricky Friday night fixture away at Crystal Palace with relative ease.

Haaland meanwhile started his City career with a bang – netting in a pre-season friendly against Bayern Munich.

But the goalscoring sensation fired a blank in his first competitive appearance for Pep Guardiola’s side in the Community Shield last weekend.

The striker will be hoping he can open his Prem account tomorrow when last season’s champions travel to the capital to take on West Ham in their opening league fixture.